THE DEATH toll from the worst forest fires Greece has seen for more than a decade has reached 81, with rescue workers increasing efforts to locate those still missing

The latest known victims include an 84-year-old man, who was being treated in hospital for injuries and an elderly woman who was found in the scorched remains of a house in Maiti.

The Mayor of Marathon, Ilias Psinakis, said there was no doubt the number of victims would rise.

“I think they found another five today – 40 people [in all] were missing by 5 o’clock this morning when I left the town hall.” 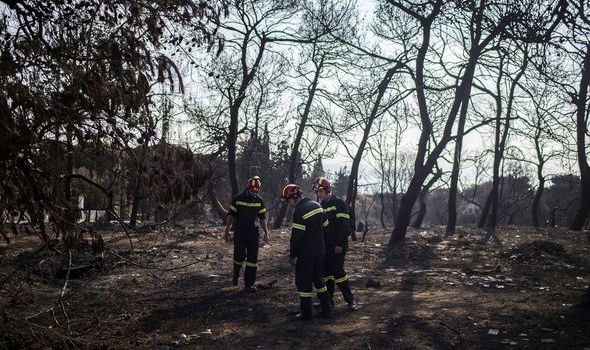 The country’s residents have expressed their anger towards the authorities response to the fire (Image: AFP/GETTY)

“They are houses that are no longer inhabitable.”

A newly married Irishman has been confirmed among the dead.

Brian O’Callaghan-Westropp, was on honeymoon with his wife Zoe Holohan and was separated when trying to escape the blaze in the seaside resort of Mati.

The two families said in a statement that they were “deeply saddened” by the news.

Ms O’Hanrahan said: “Our sympathies and hearts go out to his family at this time.”

Ireland’s Foreign Affairs Minister, Simon Coveney, confirmed one Irish citizen had been hospitalised with burns and said his department was providing consular assistance to the person’s family. 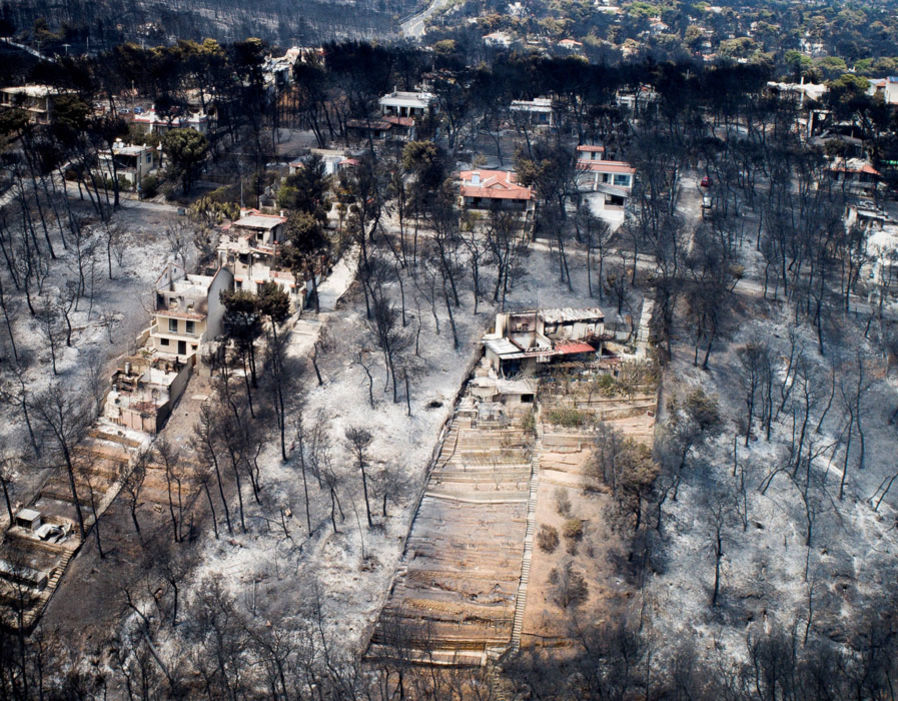 The wildfires have ravaged a number of Greek villages and holiday resorts.

The country’s residents have expressed their anger towards the authorities response to the fire and claim that they failed to tackle the situation responsibly.

In 2016, the IMF warned Greek authorities that any further reduction in government operation costs could hinder public services.

In a joint analysis, Maurice Obstfeld, IMF’s Economic Counsellor and Poul M. Thomsen, European Department Director said that Greece had made profound cuts in investment and discretionary spending: “It has done so to such a degree that the decaying infrastructure is hampering growth and the delivery of basic public services such as transport and health care being compromised.”